While I served the country, Mercedes-Benz Financial Services served my family 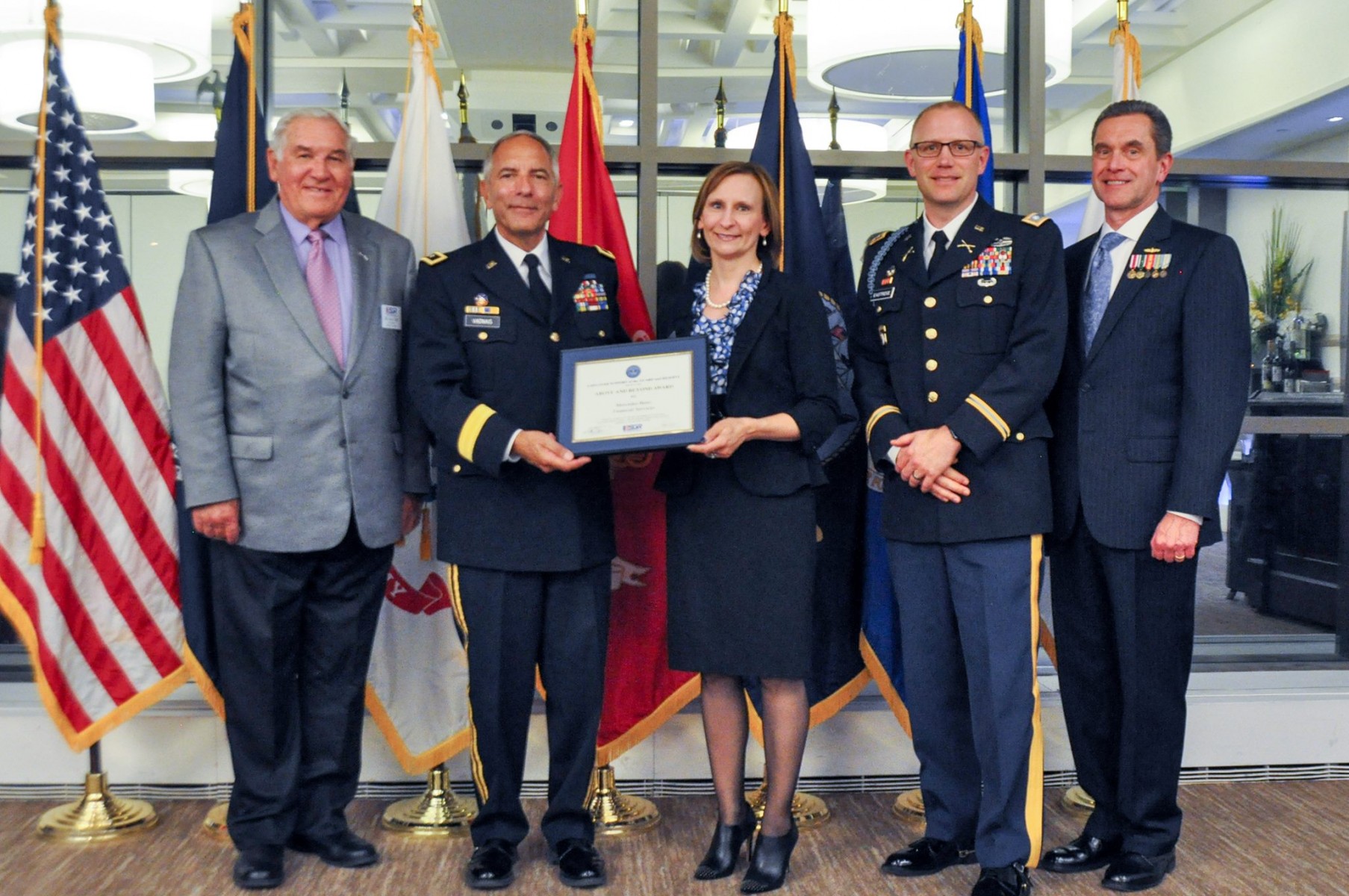 ESGR Award Presentation
MBFS Human Resources Director Mary Hughes accepts the Employer Support of the Guard and Reserve's 'Above and Beyond' award, recognizing the company's commitment to Guard and Reserve employees

The last time I was mobilized in my service with the Illinois Army National Guard was in 2008-2009, in the midst of the largest recession the country has seen in just less than 100 years. I was sent to Afghanistan as an Embedded Training Team Chief and later a Military Police Company Commander, providing support to Afghan police. On top of the stress of the declining economy and being half a world away from my wife and kids, my employer, Mercedes-Benz Financial Services, was moving its Chicago office, where my family and I lived, to Farmington Hills, MI.

I was faced with questions such as: Where am I going to live? What job will I have? What impact will my deployment have on my family’s finances?

When your entire world is in the midst of change, any semblance of stability is appreciated. Mercedes-Benz Financial Services was instrumental in giving us that peace of mind in this time of uncertainty.

While all of my coworkers were faced with making the decision to move to Michigan or accept a separation package, Mercedes-Benz Financial Services, let me wait until I returned home a year later to make my decision. In the meantime, I continued to receive differential pay to offset the pay gap between my civilian salary and my military salary, and my family was allowed to keep our healthcare plan at no extra cost.

The company could have easily cut ties with me, but the loyalty they showed me during a tough transition and the support they offered to my family was the difference between chaos and certainty.

That alone was a tremendous gesture, but Mercedes-Benz Financial Services has done so much more than that. Throughout all of my deployments, a total of three in a seven-year span, MBFS has always been there for me in some capacity. Besides the differential pay and extended healthcare benefits, MBFS was quick, responsive and constant in their communication with my family and me.

The award was created to help strengthen the relationship between service members and their employers, giving recognition to companies who provide their Guard and Reserve employees with non-mandated benefits. Additionally, I nominated my senior manager, Steve Hathaway, Senior Manager - Risk Tools & Instruments, for the Patriot Award for his support, constant communication and the extra work he shouldered during my mobilization.

Unfortunately, the support I received during my deployments is not always the norm. It is hard to watch my fellow service members across the nation suffer significant setbacks in their personal and professional career due to their commitment to serving the country.

Not only did MBFS ensure that my family could sustain our way of life, but the personal care that members of the company showed to us were truly ‘Above and Beyond.’ Each month I was gone I received a care package, and when the Chicago office closed, , I even received a ‘yearbook’ that documented all that I had missed while I was away, giving me a chance to share in the success and accomplishments of my colleagues.

Being a service member and holding a full-time civilian job can be stressful, but between the assistance I received from my company and my manager, my deployments to crisis areas didn’t have to turn into crises for my family.

While I served the country, MBFS served my family #MBFS