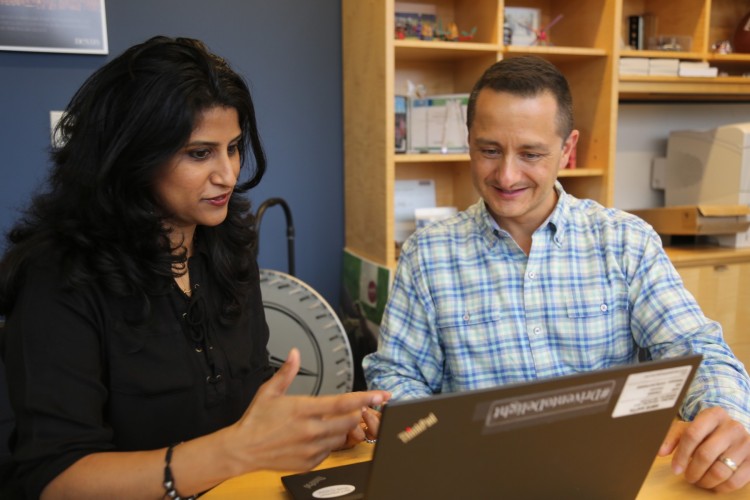 Today’s technology-driven world can move so fast that some people worry they’ll never catch up.

And often it’s the youngest members of the intergenerational workforce who hold the keys to success—a major role reversal from traditional business wisdom, where society views those who have “been around the block” as the ones with experience worth sharing.

That’s where “reverse mentoring” comes in, with the more-tenured employees learning from their younger counterparts. The concept was pioneered by no less a business visionary than former GE CEO Jack Welch, when in the late 1990s, as the internet was becoming pervasive, he realized he needed to master this new technology and turned to an entry-level employee for some “surfing” lessons.

Since then, forward-thinking companies have harnessed the power of those in the organization who are in tune with the latest and greatest, and who are eager to share their knowledge with colleagues—including those in leadership roles.

A gratifying experience for mentors and mentees alike

The reverse mentoring program has two major benefits. First, the organization’s leaders become more effective through a thorough understanding of today’s digital tools. Conversely it also has proven to help the mentors feel more involved and invested in the company’s strategy.

Among the topics the senior leader mentees had questions about in the pilot were smart devices; collaboration tools like Skype; team video conferences; remote team management; digital record keeping; and organizational tools. During their sessions, the younger mentors were able to tap the expertise of senior leaders to learn more about the company, as well as specific career-building skills like networking.

The beauty of the program is that it’s free-flowing, rather than rigid, notes Ravi Ambalavanan, a Technology and Methods Manager in the Digital Transformation Office and lead in the reverse mentoring program. “We encouraged the mentees to bring up subjects that they wanted to discuss and learn more about,” Ambalavanan says.

“My mentor has more thoroughly explained social media sites like Facebook, Twitter and Instagram, so I can get a better understanding of how younger generations communicate,” says Tom O’Connor, Sr. Manager, Remarketing. “We also reviewed and utilized the Skype tool for sharing presentations and holding meetings.”

In turn, Kai Dosenbach, Innovation Manager for Daimler Financial Services Americas, has found his experience as a mentor to be rewarding. “We spend a lot of time talking about new collaboration tools, the digital experience and technology trends,” he says, adding that he’s also sought guidance from his mentee on career direction.