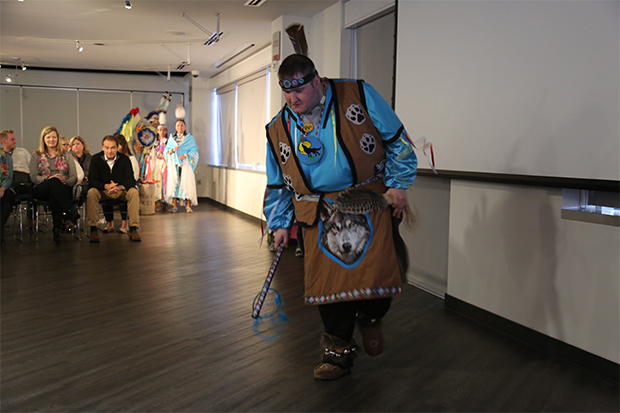 Company focuses on heritage with month-long celebrations of diverse cultures

Celebrating its multicultural workforce and driving the importance of inclusion is important to Mercedes-Benz Financial Services. The company works hard to create a place where everyone is given a voice and encouraged to take a seat at the table. As part of the company’s efforts to drive diversity and inclusion, it holds eight employee-organized and executive-sponsored cultural celebrations designed to encourage employee collaboration and also offer new experiences for the entire workforce.

Below are some highlights of the new events.

The inaugural celebration for NAHM was packed with events that entertained, educated, enlightened and even tugged at the heartstrings. The NAHM committee—some of whom possess Native American heritage in their own family bloodlines—put together a month-long program that paid homage to the rich culture and history of Native Americans in the United States with dignity and respect.

The month kicked off with a discussion and live performance by John Two-Hawks, a Grammy®- and Emmy-nominated, Platinum Award-winning Native American flute recording artist, author and activist. Two-Hawks enlightened the audience about his own heritage while also capturing the scope and influence of the Native American presence in the United States throughout history. His talk was fascinating and, at times, sobering.

NAHM ended with a live, traditional dance performance featuring a variety of performers from the Ziibiwing Center—a museum and cultural center built to share the history of the Saginaw Chippewa Indian Tribe of Michigan. Each dance was accompanied by commentary that gave the live audience context and interesting history lessons surrounding the performance.

Some employees noted that the committee did an excellent job taking a subject matter that wasn’t familiar to them and turning it into an educational month’s worth of activities.

Jayaraman Subramanian, who led communications efforts for the committee, says the team was “determined to do a lot of research about Native American culture and history, and we were able to significantly increase awareness about the indigenous people” among colleagues.

“As someone with Native American lineage, this month was extremely important to me,” says NAHM committee member Jennifer Lindgren Kraft. “The indigenous peoples’ heritage and traditions are so rich, but also dark. It was such a blessing to be able to participate on the committee to bring awareness and light to the struggles and the triumphs.”

Another important cultural celebration was held for National Disability Employment Awareness Month, when Americans pay tribute to the accomplishments of men and women with disabilities, by reaffirming a strong commitment to ensure equal opportunity for all citizens.

In its first year, the NDEAM planning committee provided a “Lunch and Learn,” where a panel of colleagues discussed their experiences with disabilities in the workplace.

During that session Brent Bishop, Manager of the Star Café, introduced the Visions program, a post-secondary educational program operated by Farmington Public Schools that helps young adults ages 18 to 26 who have physical and developmental disabilities improve their life and work skills. Each weekday, four program participants regularly help in the kitchen with tasks such as separating utensils and rolling pizza dough.

The Visions Unlimited members also helped prepare and display the lunch for the NDEAM “Lunch and Learn.”

In addition to the “Lunch and Learn,” an audiologist; an expert who can help prevent, diagnose, and treat hearing and balance disorders; offered free hearing screenings.

“The sign-up sheet filled instantly, and there was a line out the door to see her,” said Jillian Pintar, Business Controls Administrator. “This is something we would definitely like to offer again in the future. I guess you could say the whole program really opened eyes and ears!”